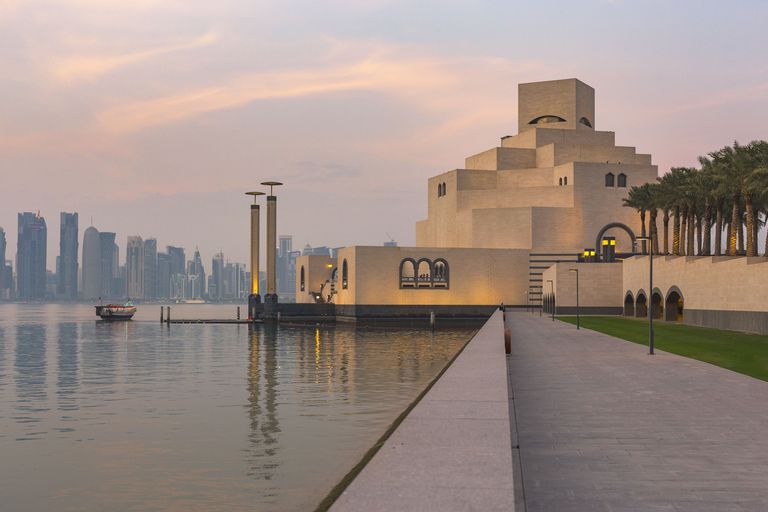 The Museum of Islamic Art (MIA) in Doha, Qatar is a modern, world-class museum that sits on the Corniche or waterfront of Doha, Qatar. The building was designed by famed architect I.M. Pei, who came out of retirement at the age of 91 for this project. The main building is five stories high, with a domed atrium and tower at its peak. A large courtyard connects the main building to an education wing and a library. The museum opened in 2008. Its founding director was Ms. Sabiha Al Khemir.

The 45,000 square meters of the MIA houses masterpieces of Islamic art, dating from the 7th to the 19th centuries. The ceramics, textiles, metalwork, jewelry, woodwork, glass, and manuscripts were collected from three continents over a period of twenty years. It is one of the world’s most complete collections of Islamic artifacts.