OnePlus 7T review: Android just got its best all-rounder yet Never Settle — when a brand takes this phrase as its motto, it is evident to believe that the eggheads behind the closed doors want to outdo themselves every time. And it’s quite an achievement for them when you relate it subconsciously to the brand. OnePlus has been bringing out some of the most striking smartphones for five years in a row and I doubt whether any of them had disappointed the fans. They know what we want as consumers and deliver that in an unexpectedly sublime way. And then they don’t wait and come up with something even better within a span of a few months.

Earlier this year, this very thought crossed my mind while checking out the OnePlus 7 Pro for the first time. It was a pinnacle of what the Shenzhen-based brand could offer this year and I wondered what happens to the T version of these phones in a few months. And most importantly – is there anything left for OnePlus to impress us even more? Has OnePlus settled for the time being? Fast forward to September and I am full of awe with the OnePlus 7T in my hands.

Before you start, I am still in two-bits about the design choice of the camera module. But look past that and if you are a geek, you will like, if not love, what OnePlus has done with this phone. It’s a genuinely lovely phone and if you have waited for this one, your wait was worth it.

Classic OnePlus design with a twist

No matter how much of sci-fi tech a phone packs in, a phone has to look and feel good at first. Design has always been a priority for OnePlus. Whether it’s the smart-looking OnePlus 3 from 2016 or the gorgeous OnePlus 7 Pro from early this year, if the phone has got an OnePlus branding at the back, it got to be classy for its time. The case stands true till date with the OnePlus 7T.

To a normal person, the OnePlus 7T looks identical to the OnePlus 7, except for the new camera module design. To the eyes of us geeks though, everything’s new. And even in reality, every bit is new about the design of the OnePlus 7T, and yet somehow it feels familiar as a OnePlus device. Apple is only the other brand to achieve this in my opinion.

The front still has a familiar OnePlus 7-esque identity with its narrow-bezel edge-to-edge screen and cute little waterdrop notch. However, the notch is smaller than before and the corners of the screen are more angular in nature.

To the back, it’s a clean design with a massive circular camera hump. This circular camera hump is quite controversial. Many say it’s an inspiration from the new design trend established by the iPhone 11 Pro and hence fits in quite well with the times. It reminds me personally of the Nokia Lumia 1020’s camera module. Others have straightaway rubbished the design, asking OnePlus to bring back the clean design from the OnePlus 7.

Personally, I prefer the older slim camera module designs from the OnePlus 7 Pro. The circular design is too bold for the rest of the phone’s design which is simply elegant with its matte frosted glass back. There’s a lot of empty space inside the camera hump and OnePlus could have arranged the lenses in a better way to keep the design busy. To keep the camera hump from jutting out like an eyesore, I strapped on the Carbon case from OnePlus and it did make it look better.

Whether you like the new camera design or not is completely a personal preference. However, at 190 grams, the OnePlus 7T is lighter in comparison to the OnePlus 7 Pro and the extra millimetres chiselled off here and there make the phone easy to hold. The matte finish though makes it quite slippery, so keep a case on it always.

I have used a couple of flagship phones this year and I can confidently say that the OnePlus 7 Pro still has the best phone display I have experienced. The smoothness of the 90Hz refresh rate and excellent colour profile tuning makes it ideal for watching movies or reading. OnePlus has tried to bring some of that awesomeness to the OnePlus 7T’s display and it sort of works.

The display measures 6.55-inches and uses a Full HD+ Optic AMOLED panel. The panel has a refresh rate of 90Hz and supports HDR10+ colours. The notch on the top is noticeable at first but once you get used to it, it sort of disappears from your consciousness.

As for the display, it’s bright and produces vivid colours and high contrasts. Every app and webpage looks colourful, although you can choose the colour profiles to get a more natural tone if that’s what you seek. However, I wished OnePlus had pushed for the Quad HD+ resolution on this one as well. The screen gets quite bright at 1000 nits which is a blessing under sunlight.

The optical in-display fingerprint sensor works a tad faster than before and instead of the green glow from the older models, the new sensor shines bright white light at your finger to get the reading.

It’s fast and smooth, as expected

OnePlus phones are silly fast — a fact that will go down in history books as a universal truth. No matter what you throw, a OnePlus phone will never bog down or struggle with apps, unless the app is buggy. This stays true for all OnePlus phones and it is true for the OnePlus 7T as well.

Under the hood is a Qualcomm Snapdragon 855 Plus chipset and this is the fastest chip any Android phone manufacturer can use right now. The CPU is clocked at 2.9GHz and can offer 4 per cent better performance than its older sibling whereas the GPU gets a 14 per cent boost for graphics performance. This is paired with 8GB RAM as standard and UFS 3.0 type storage. If you know tech, this is the stuff you dream about on your phone.

However, the hardware is just 50 per cent of the story and it’s the software that has to manage the rest of the 50 per cent to get the best out of it. On the OnePlus 7T, we have the new Oxygen OS 10 based on Android 10, which again is the best you can get in ‘Androidverse’.

Together, these offer a user experience that’s unseen on any other Android phone, except for recent OnePlus phones. Everything is literally fast and smooth on the OnePlus 7T. Whether you open apps or games, juggle between a couple of them at a time or catch up on your high-resolution movies, the phone can bear anything. The extra GPU performance is visible while playing your PUBG MOBILE match at the Ultra frame rate settings with High graphics. It does heat up slightly but never settles down for a breather (you got the pun, didn’t you?).

However, Oxygen OS plays a major role in keeping everything fast and smooth. The UI looks neat and is smartly arranged similar to the previous versions. OnePlus has consolidated the system theme settings under the Customisation option in Settings, which is helpful. The new gesture navigation system from Android 10 makes its way to Oxygen OS but with certain OnePlus tweaks to make it more responsive and natural. And thanks to the bigger vibration motor, the haptic feedback on every gesture is excellent.
So it’s fast and smooth as OnePlus said. But there’s more. OnePlus is now adding more value to Oxygen OS instead of just being a clean Android skin. There’s OnePlus Cloud service that offers free cloud storage up to 5GB for your personal data, with the first year offering 50GB free data. Zen Mode gets time adjustment and there are new interesting live wallpapers. And later next year, OnePlus Pay, which will be OnePlus’ foray into the digital payment service sector, will come in as an Oxygen OS feature.

As for the audio performance, the dual stereo speakers are loud and clear even in high volumes. Most of the times, you won’t need a headphone while sharing a YouTube or IGTV video with friends. However, you will need headphones or speakers if you are planning on watching movies or listening to songs.

When I reviewed the OnePlus 7 this summer, I found the dual-camera setup to be great for taking photos as a casual user. However, shutterbugs found the single-camera system (the second camera was just a depth sensor) to be restrictive. OnePlus took note of that and fixed it with the OnePlus 7T.

Now, we have a triple camera system at the back and it’s extremely versatile as the setup on the OnePlus 7 Pro. The main camera retains the 48-megapixel Sony IMX586 sensor with an F1.6 lens and OIS assistance. The second unit is now a 16-megapixel wide-angle camera with a 17mm lens whereas the third camera is a 12-megapixel telephoto camera offering 2x optical zoom. A dual-tone LED flash is present as usual. 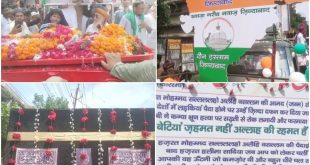 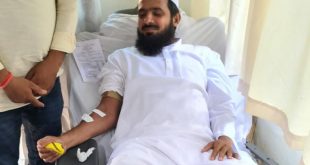